Home > Who We Are > Private: Latest Blog Posts from NCJW|LA > News > Vote For Your Life

Vote For Your Life 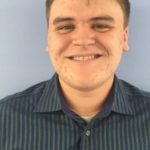 In the past few weeks following the horrible atrocity committed in Orlando, in which a madman murdered 49 innocent people and wounded 53 more with an assault weapon, we have witnessed Congress yet again fail to enact any gun control legislation. Even following a nearly 15-hour long filibuster led by Senator Chris Murphy along with many other enraged Senators, the NRA yet again proved how tight its grip on the majority of the Senate is. Even though polls show that 90% of Americans, 83% of gun owners, and 72% of NRA members support universal background checks, the Senate still managed to turn down more pieces of common-sense gun legislation. This needs to stop!

One can merely listen to the response of the Senators who voted for the bills to feel their frustration with their dissenting colleagues. Most saddening of all was Florida Senator Bill Nelson’s statement following the failed vote, “What am I going to tell 49 grieving families? What am I going to tell those who are still in the hospital fighting for their lives? Sadly, what I’m going to have to tell them is the NRA won again.” This statement shows just how disappointed everyone who voted for the bills feels right now with their colleagues who did not. They have witnessed far too many mass shootings pass by without being able to pass any kind of legislation to make the American people safer.

When President Obama was first elected in 2008, everybody thought that Congress would finally be able to pass some kind of gun violence prevention legislation within a couple of years. However, after his first two years in office, a majority of conservative legislators were elected to Congress, and ever since, they have blocked nearly every piece of gun violence prevention legislation, disregarding how many people die in the latest mass shooting and the overwhelming majority of Americans who support some form of gun violence prevention legislation. In addition, a conservative majority means that the NRA now has full control of the Senate and the House of Representatives, as it has enough power to force conservative congressmen and congresswomen to either turn down any gun control legislation, no matter how small, or be thrown out of office during the primaries by somebody the NRA deems more pro-gun rights. This power that the NRA holds over the senate allows it to push its own political agenda: making more money, rather than that of the American people: not being shot to death.

The pieces of gun violence prevention legislation that were proposed by the liberal minority in the Senate were not Earth-shatteringly controversial; they were common-sense measures supported by a majority of Americans that would have kept guns out of the hands of people who should never be allowed to own murder weapons. The first piece of proposed legislation, the Feinstein Bill, would have kept people on the terrorist watch list and “no fly list” from being able to purchase a firearm. This proposed bill seems like a no brainer! After all, why in the world should a person under investigation for suspected terrorism, be allowed to own a gun!? Sadly, the bill was shot down by a count of 47-53 because of outlandish concerns about due process. The second piece of proposed legislation, the Murphy amendment, would have increased background checks on firearm purchases and closed the “gun show” loophole, which allows people to buy a gun at a gun show or online with no questions asked. There is no reason why a person should be able to buy a murder weapon without proving that they have a viable reason for making the purchase. This bill would simply set the standard that only qualified, mentally stable people would be allowed to own guns; it was not designed to take guns away from anybody, but rather make the country a safer place. However, an even larger majority of the Senate, 44-56, voted against this bill, justifying its decision by saying the bill was too broad. This kind of decision making is what has resulted in the annual deaths of over 30,000 people due to gun violence in the US.

The United States is the only industrially developed country without some form of nationwide gun violence prevention laws, and as a result, has a much higher death rate due to gun violence than nations of similar economic and political structures. For example, after the Port Arthur massacre in Australia in 1996 that left 35 people dead and 23 wounded, Australia enacted strict gun violence prevention measures, including a ban on automatic rifles, semi-automatic rifles, and pump action shotguns, as well as a federal buyback program that saw over 640,000 firearms willingly turned in to the authorities. After these laws were enacted, the gun-related homicide rate of Australia decreased by 7.5% annually, and Australia hasn’t faced a mass shooting since Port Arthur. Contrary to claims made by the NRA, gun violence prevention laws do actually lower gun violence.

It is more important than ever that as many people as possible vote for the president, congressmen, and congresswomen that will actually keep our country safe. On behalf of NCJW|LA, I would like to urge all of you to research each candidate’s positions on gun violence prevention as well as their voting records on the issue before you vote rather than just voting for the candidate of your affiliated party. You can find information about each candidate such as what their stances on important political issues are at www.ontheissues.org. Be sure to get out and vote in November for all vacant offices in all levels of government, whether they be the seat of a City Council Member, a State Senator or Assemblymember, a Representative or Senator in the federal government, or the President, her/himself. Please. Our country needs you.

Alexander Marotti is a 17 year old high school student currently serving as the Advocacy and Youth Educational Programs and Services Intern at NCJW|LA through the Jewish Federation Community Internship program.