Home > Who We Are > Private: Latest Blog Posts from NCJW|LA > Council Thrift Shops Blog > The Hunger 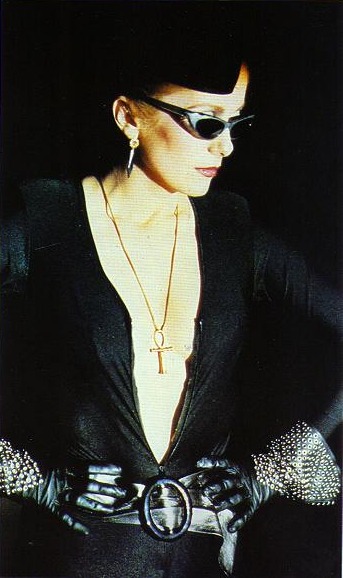 If you are going to dress like a vampire . . .then Catherine Deneuve in “The Hunger” is really the one to aspire to. Set in the early 80’s and directed by the late, great, Tony Scott La Deneuve (as she is fondly known) plays a lustful Egyptian vampire lady named Mariam. While in my opinion this movie falls into the category of films that have more aesthetic appeal than substance (music by Bauhaus and costarring David Bowie!!) its still worth a studied viewing.

The costumes for the film were designed by Milena Canonero who didn’t want to go with a “cliche vampire look” and instead was influenced by “sharp, clean cut lines” found in clothing from the 40’s and 50s’. Catherine Deneuve’s monochromatic outfits are embellished by sharp sunglasses and statement necklaces. The accessories and especially the jewelry selection at the Granville store this past week seemed to reference “The Hunger”; an 80’s play on characteristically Egyptian design. Below are a few of my favorite pieces: 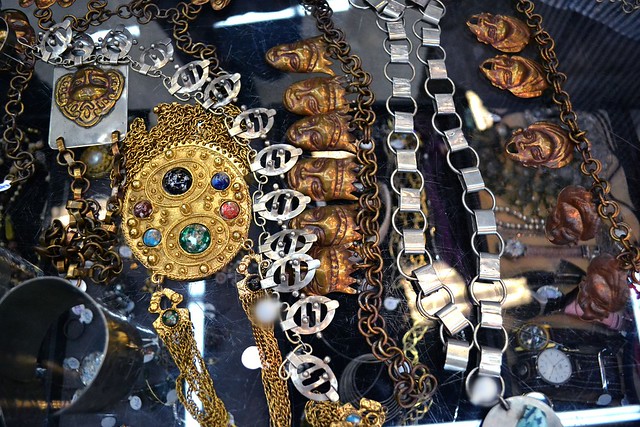 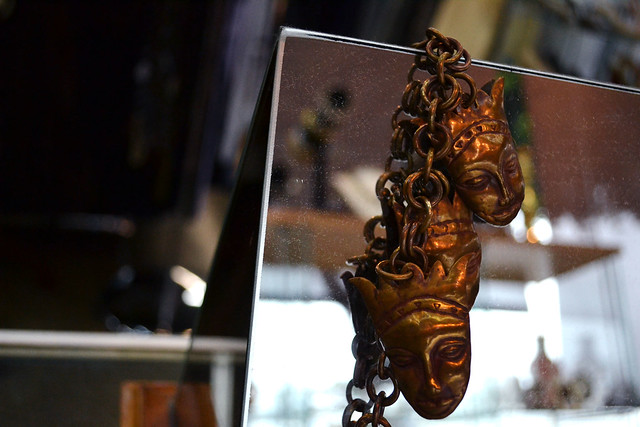 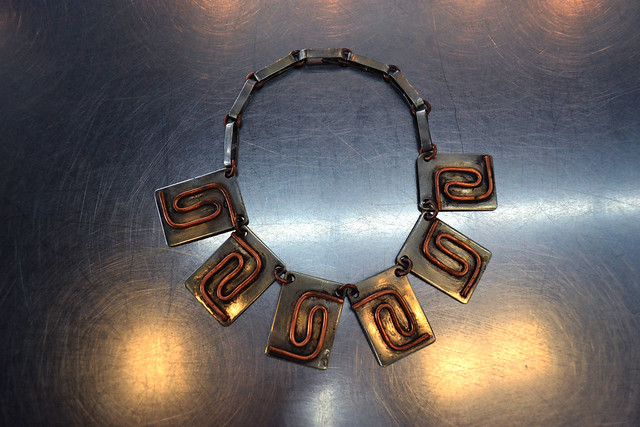