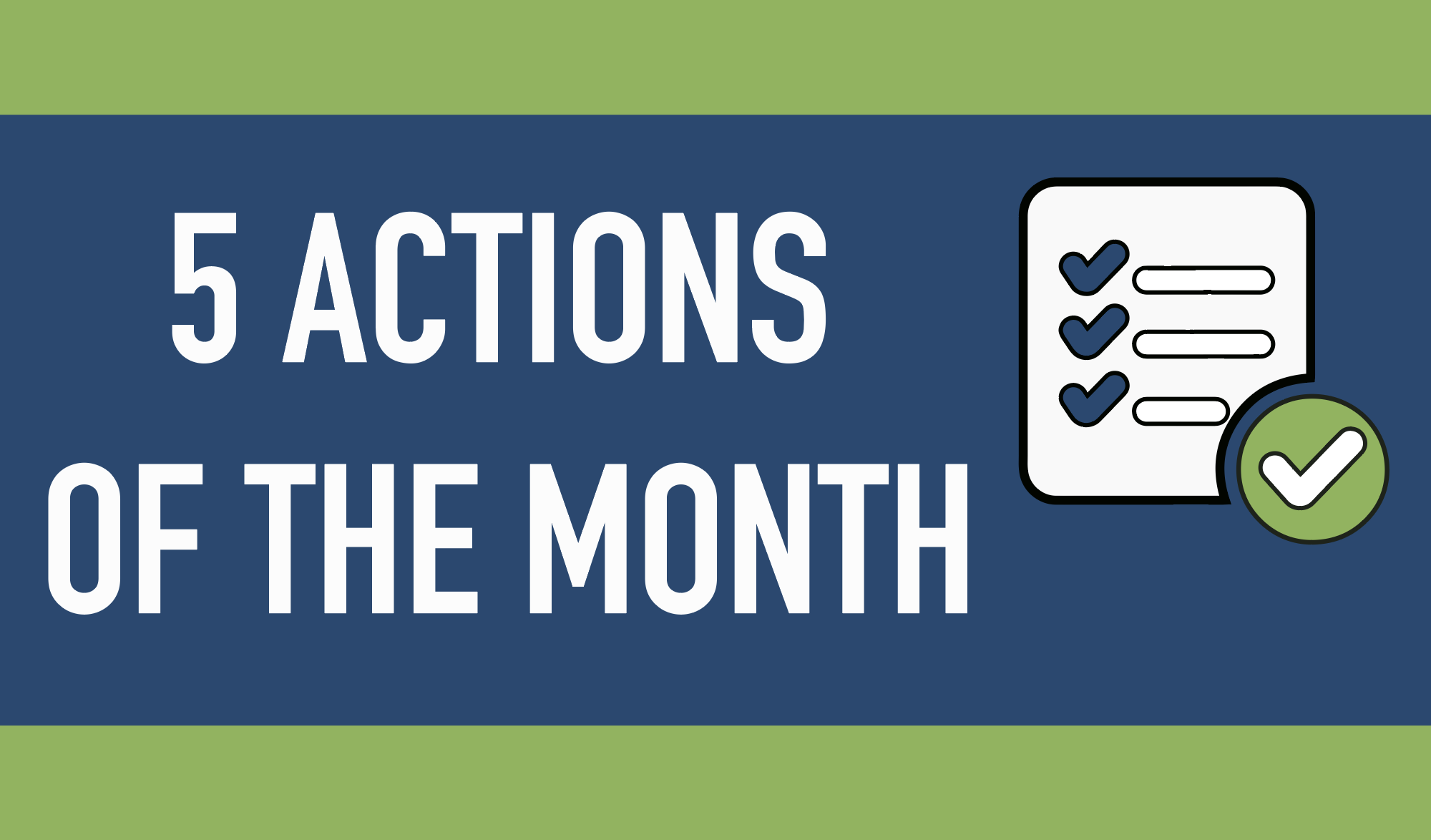 We update this page every three weeks so check back for new actions or sign up for our newsletter to receive alerts. Some of these actions come from our coalition partners and others are NCJW actions.

1. Shame on Kroger! Protect Grocery Workers and Our Communities

This Local Action comes from LAANE

In response to a near-unanimous vote by the Los Angeles City Council requiring large grocery and drug chains to offer their frontline essential workers an additional $5 per hour for the next 120 days, Kroger retaliated by announcing it would permanently close three stores in Los Angeles, eliminating the jobs of more than 250 workers. These closures are a bullying tactic and meant to intimidate workers, communities, and elects from protecting frontline workers during a pandemic.

The store locations are:

Sign the petition to tell Kroger CEO Rodney McMullen that it is unacceptable to eliminate jobs for predominantly Black and Brown workers in L.A. during a pandemic.

Kroger made more than $2.6 billion in profits last year alone, more than double of what it made before the pandemic. Kroger even announced $1.3 billion in stock buybacks and is situated as the 23rd largest corporation in the nation according to the Forbes 500 list.

When workers and communities raise their standards, Kroger lowers theirs. Kroger is permanently shutting down stores and placing the blame on temporary hazard pay ordinances. Workers deserve hazard pay as COVID, variants of the virus, and inequitable distribution of vaccines means that frontline grocery workers risk their health every day to keep communities fed. Shame on Kroger for the harm it is inflicting on 250 workers, their families, and creating food insecurity in communities who relied on these stores for access to food and critical resources.

Voters of color continue to be impacted by discriminatory election practices intended to diminish their voting power. In 2020, we witnessed even more attempts to disenfranchise Black and Brown voters through attacks on a vote by mail, cuts to early voting periods, and unnecessary identification requirements. And, in the wake of record levels of turnout last year, we are now seeing proposals in many states seeking to cut back on voter access.

The removal of critical protections from the Voting Rights Act of 1965 catalyzed a race to stop people of color from voting, especially in the aftermath of the 2008 and 2012 presidential elections, which entailed a surge in participation by people of color. Since then, states have been able to engage in voter suppression with impunity, often purposefully targeting people of color through tactics including voter purges, restraints on voter registration, absentee voting, and more.

The price of inaction is high, and history shows it. Congress must act now to cement the legacy of the Voting Rights Act and guard the rights of all Americans.

3. Tell the Senate to: Confirm Kristen Clarke and Vanita Gupta

This National Action Comes from NCJW.inc

Both Gupta and Clarke have a depth and breadth of experience upholding our democracy and challenging injustice in our courts and communities. If confirmed, Vanita Gupta would be the first woman of color in US history to serve as Associate Attorney General and the first civil rights lawyer to serve in one of the top three positions at the Justice Department. Kristen Clarke would be the first woman to lead the Civil Rights Division and the first Black woman to hold the position. We expect a hearing on Vanita Gupta’s nomination on March 9 in the Senate Judiciary Committee, with a hearing scheduled for Kristen Clarke later this month or in April.

The mass shootings in Atlanta and Boulder again prove that Americans can no longer wait for action against gun violence.

In 2020 alone, as though the pandemic weren't already too much to bear, gun violence rose dramatically with over 19,000 people killed in shootings and firearm-related incidents.

Tragically, who is harmed by gun violence has often been determined by race, ethnicity, or gender.

Asian American women -- and everyone -- deserve to feel safe. While we mourn the recent shootings, we must also fight the explosive combination of guns, racism, and misogyny to reduce the likelihood of such tragedies ever happening again.

The U.S. House recently passed gun legislation to tighten up background checks on gun sales, and now it’s up to the U.S. Senate to turn it into law.

This National Action Comes from Color of Change

In partnership with the National Council for Incarcerated and Formerly Incarcerated Women and Girls, and Color of Change, we are calling on President Joe Biden to exercise his clemency power to release some of the most vulnerable members of our community during the first 100 days of his administration.

President Biden has the power to grant clemency to people who are in federal custody.

It is no secret that Black women have been and continue to be the fastest-growing segment of the prison population in the United States -- making up 29 percent of the incarcerated population but only approximately 7 percent of the total population. These people should be at home with their friends, families, and communities, but instead, they are locked up amid the COVID-19 public health crisis.

These women continue to grapple with the trauma of harsh and lengthy sentences that have devastated their families socially and economically and destabilized entire communities while costing taxpayers thousands of dollars. We must demand President Biden step up by exercising his clemency power to free our people now!

We’d love to know if you’re taking action with us. Email Nabila here with a list of the actions you’ve taken.